Articulation & the movement of articulators is corollary, not causation.

Do we decide the movement of articulators first or we simply leave it to our head?

We can never be smarter than our head! The fact is that our nervous system performs so many functions by itself which we may not be aware of. The production of sound, or to be specific, the articulation or the movement of peripheral organs or articulators is the last thing that happens in the entire process of speech generation. All these muscular movements are observed after the production of a particular sound, as are the outcomes of a phenomenon that is much more intricate than the corollary.

Muscular movements are not the causation. It is just not more than the fact that we use muscles, contract and expand them, etc., for the production of sound. We can never teach a kid to raise or lower his tongue, soft palate, taut other muscles to produce a sound, when she does not even know the language. However, they still learn to speak as they grow!

How do they learn?

They first learn to detect sound, analyze the sounds, differentiate between different sounds, interpret and try to memorize them to form and retain the memory of past information. It is quite difficult to twig with exactitude the magnitude of the impulse/movement of every muscle involved. If learning of sounds based on the movement of articulators had some practical implications, and if the speech production occurred if we had learned to regulate muscular movement of articulators, and to regulate airflow, etc., first, correcting speech disorders would be much easier.

People with speech disorders do not necessarily have difficulties in the muscular movements, or blowing air or regulating the airflow. The problem with people with speech disorders is more of the interpretation, or relay of the stimulus by various nerve centers, except for the peripheral organ damage (where the impulses are generated and relayed by motor nerves but the peripheral organs could not read the impulse, cases with cleft tongue or cleft palate).

How does a mimic or a ventriloquist defy the need to learn articulatory phonetics?

When we start to learn a language, let’s say a kid, who doesn’t even know how to speak, do we teach her to control the muscular movement or air flow? How would we teach when she cannot understand whatever we may say?

Proponents of articulatory phonetics say that we develop a certain set of phonemes. It’s fine, is true! But how do we develop that?

We actually learn to differentiate between different sounds. Till the time we do not interpret the sound, how would we be able to generate particular impulse for the production of a particular sound which is very specific for that particular sound?

All this happens with the coordination between various nerve centers!

The Hypoglossal canal has been neglected hither to in the search for clinical evidence for the evolution of language to communicate, and the human vocal abilities. Hypoglossal nerves from the hypoglossal nucleus in the dorsal medulla of the brain stem traverse the hypoglossal canal shows the clinical evidence of the evolution of vocal abilities. The size of the hypoglossal canal has increased relatively with time. The size of hypoglossal in human is relatively larger in humans than other animals. The development of language is one of the important attributes that distinguishes us from other animals. This does not mean that other animals do not communicate, they do. You might have seen on Discovery how birds and other animals react when a lion or any ferocious carnivore is around. All of them start to panic; and they communicate the presence of the carnivore among themselves. Even though the lion tries to sneak in undetected, someone would detect its presence and communicate it.

Human ear can detect sound, locate its direction, estimate its loudness and the pitch ranging from 16 to 20,000 cycles per second; but a bat can produce and detect ultra-sonic sounds far above human audibility. How other animals communicate, produce and hear sounds is a promising field for research!

Now the big question is, can we produce sounds we cannot hear using the peripheral organs? No, we cannot deliberately produce sounds we cannot hear. Human tongue is supplied with more motor nerves than those of the living apes, who cannot speak. Motor nerves relay the impulse generated from the hypoglossal region for the movement of tongue. A child born with auditory defects may produce emotionally stimulated sounds only. He may not have any problem with the generation of stimulus and the relay to the peripheral organs or the coordination between nerve centers. But how would she learn to speak when she cannot hear? A child who is born with neurological disorders could have both speech and auditory defects. Such a child would be dumb!

Hearing is the ability to detect, process, analyze and interpret different sounds. Also, there is every possibility that a person who knew how to speak perfectly may not be able to speak after brain damage from an accident. Because of brain damage, different regions in the brain would not able to coordinate properly. This does not necessarily mean that after the brain damage he won’t be able to perform other functions (move or lose the sense of the peripheral organ needed for the production of sound). Say, if the motor nerves from the hypoglossal region to the tongue are damaged from somewhere (the link is broken), the person would still be able to taste his food. It is very much possible that she would be able to move her tongue, regulate the airflow, and every other thing related to the movement of peripheral organs separately, and other sensory response to any external stimulus. However, the coordination would be lost because of the neuro-muscular damage.

The possible cause of speech disorders could be:

You might have observed that when you are inebriated extensively, you are not able to speak properly. There is every possibility that you will slip up. Also, excessive drug abuse could even lead to permanent speech disorders. The coordination between different nerve centers in the brain is lost. You are not able to detect, process, differentiate sound, not able to memorize, not even able to respond properly. Even if you try real hard to get the sound, you won’t be able to, as you are not able to channelize the thoughts to produce a speech.

If we talk of native speakers, the way they learned the language, nobody was taught with articulatory phonetics; is not the way we all learn languages.

You tell me, did you learn it with articulatory phonetics?

Our brain is much smarter than what we thought while choosing articulatory phonetics. We know more about speech acoustics than we could ever know about the movement of articulators. Spectrograph analysis of speech sounds is any day better than the vague description of peripheral organ movement. 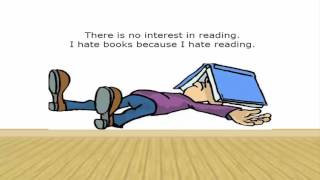